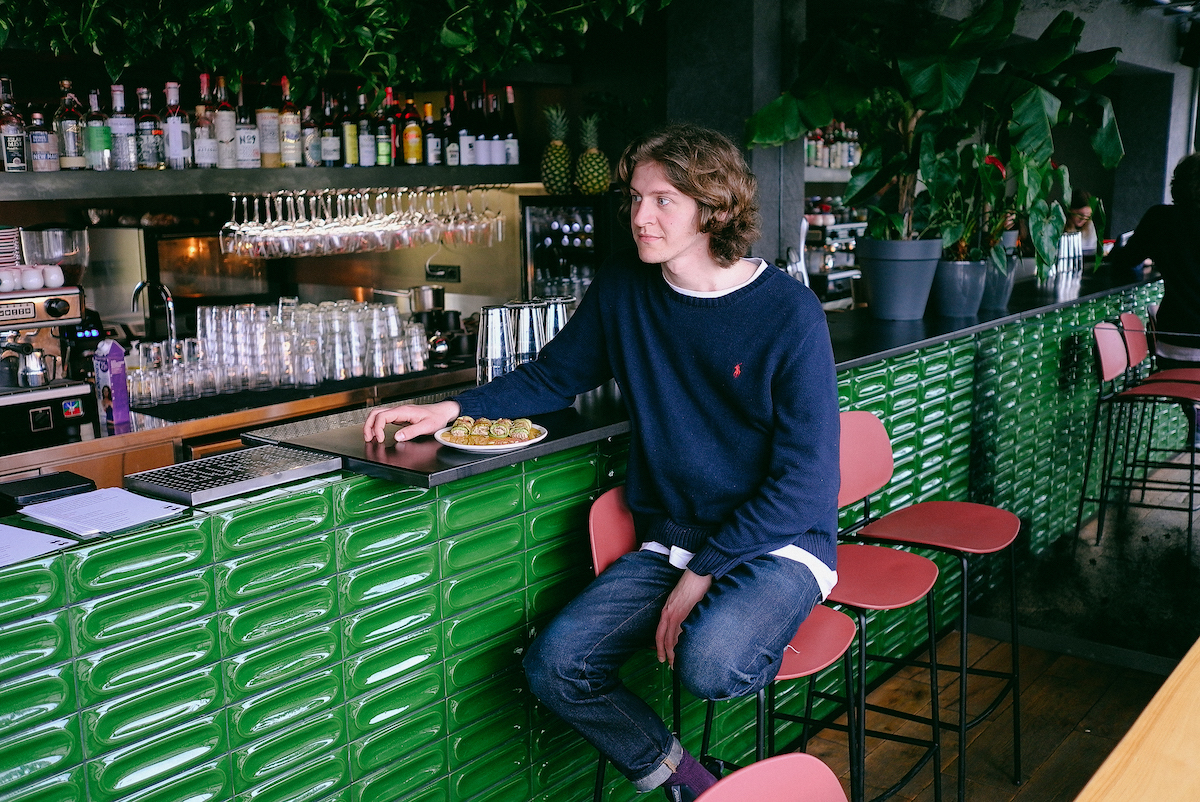 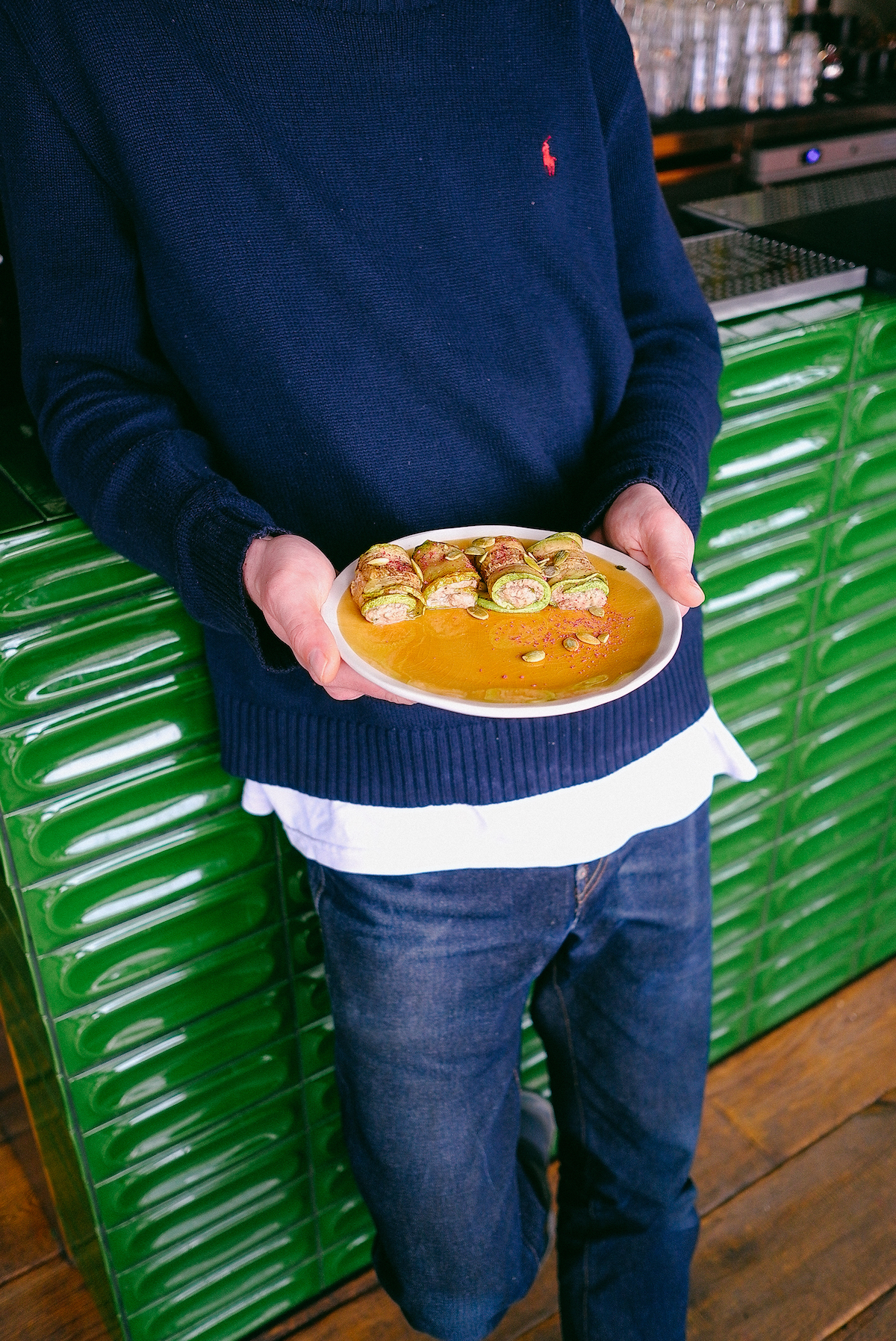 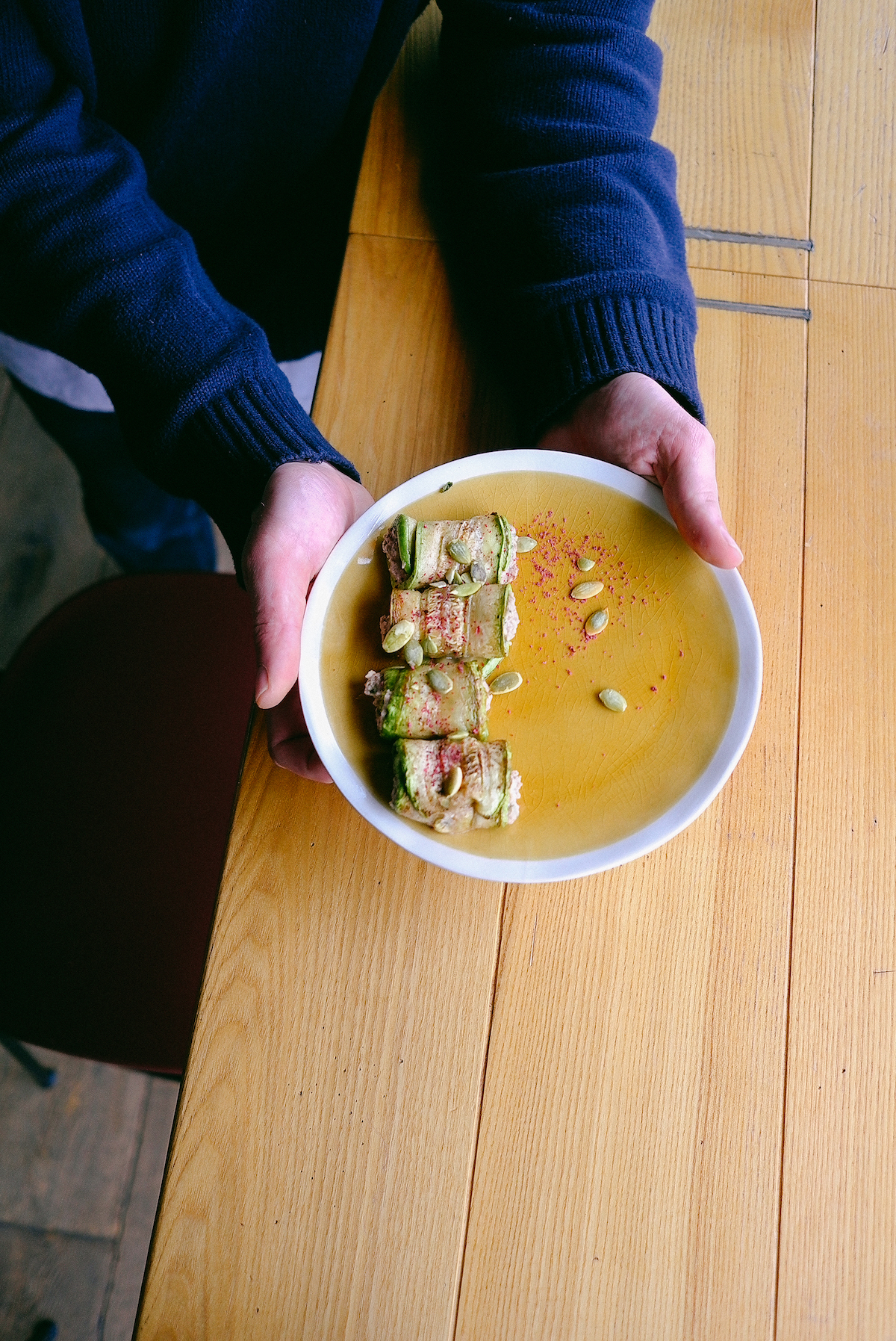 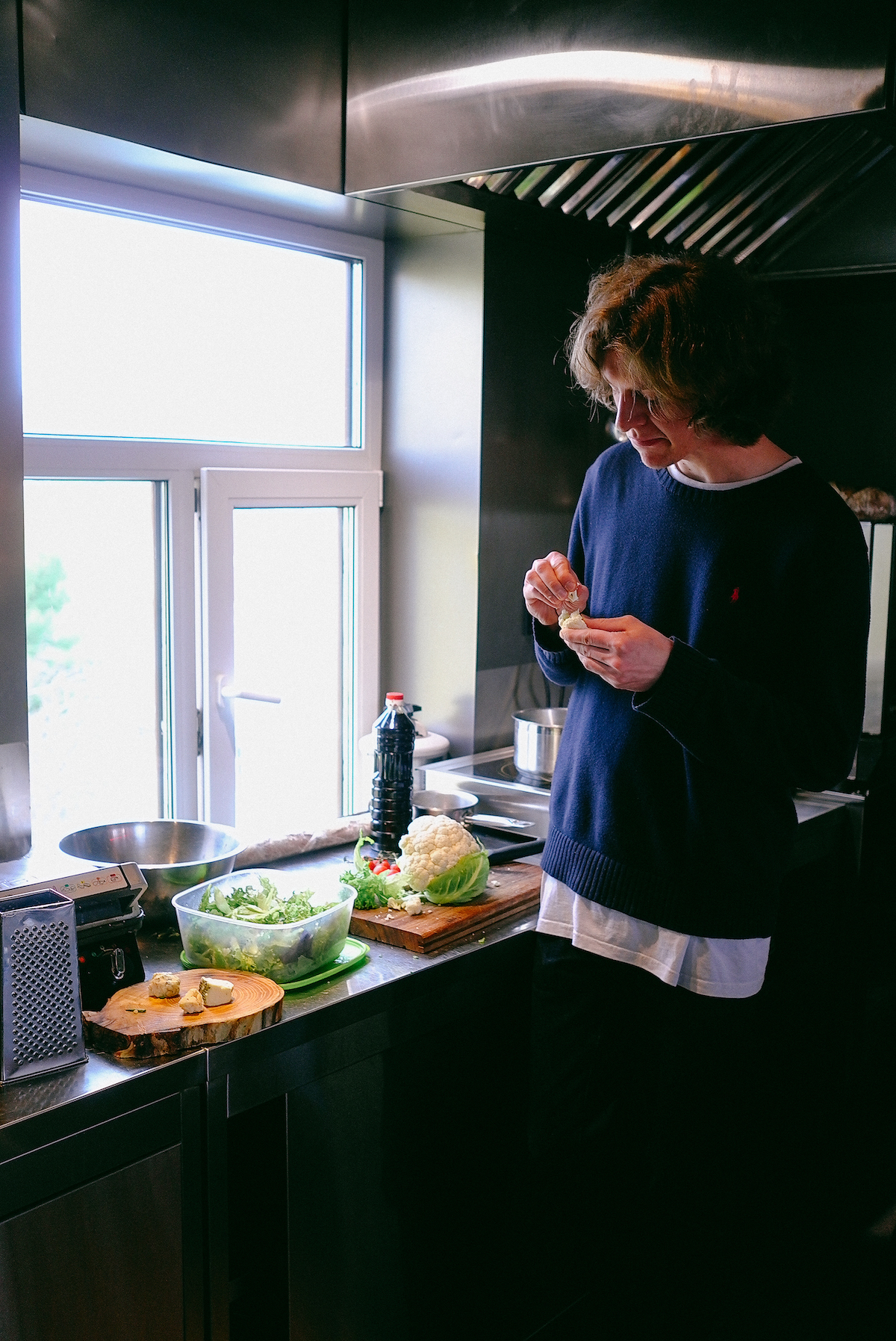 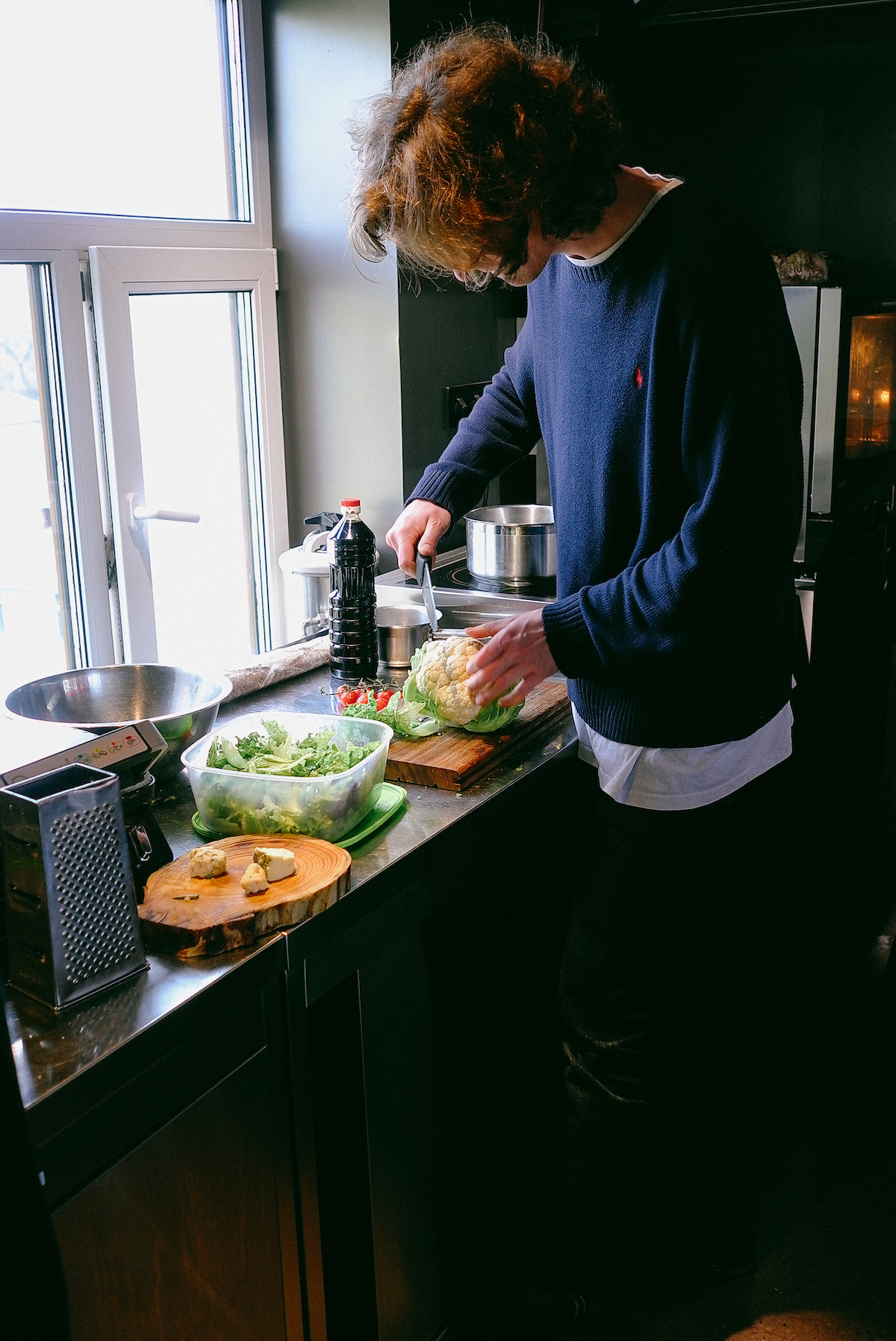 April is the month of ecology at BURSA. We asked vegetarian Roma from 1818 rooftop bar to tell about his favorite dishes, vegetarian junk food and why he gave up eating meat.

I believe that in refusing food of animal origin should be, first of all, a categorical idea of ​​humanity in relation to what was your food yesterday, and the desire to make better to yourself comes after.

Ten years ago it was difficult to find information in the post-Soviet space on alternative diets and attitudes regarding the refusal from food of animal origin. When I was 17 years old, I got into hardcore punk community, where it was common to educate on racism, homophobia, sexism, ecology and vegetarianism/veganism. I quickly ate the idea that abandoning food of animal origin is normal. On January 1st, 8.5 years ago, I said stop, and from that moment I didn’t touch meat and fish.

Even if you were a vegan for a year, a month, a week, you did a lot of useful things for the planet on which we live. I respect my acquaintances, who eventually switched to veganism — a complete refusal to eat food of animal origin. But in the conditions of a small number of vegan products on the shelves of shops and vegan restaurants in Kyiv, I can’t overcome my hedonism and the desire to have at least some variety of choices.

If you eat potato only, you may stop the violence in the world, but the world definitely does not need violence against you. Sometimes especially impressionable people go to extremes, abruptly replacing their diet, for example, observing fruitorism, which perhaps brings them a sense of pride and rapprochement with nature, but along with them it brings health problems. A sharp transition to veganism can be quite risky if you are not armed with information about which products you should draw energy and strength from.

And now, the most appetizing part of the story.

Garnish as a complete meal. If at school it was hard to imagine buckwheat without a cutlet lying on top, now buckwheat for me is a super-tasty product that you can soak in and add any vegetables and sauces. Couscous, rice, bulgur, millet will not make you think a lot in the kitchen, they are not very expensive and they will put you on your feet for the whole day. Mix garnish + vegetables — it's simple, minimalist, but always interesting. I still find something new. Recently I was stunned by the taste and color of black carrots. But my favorite in vegetables is broccoli, I rate it 10/10. Also I find fractal cabbage very beautiful.

Sandwiches/rolls/burgers. I am a junk food fan, it just so happens that my diet can not be called useful. Since childhood, I doted on hot dogs and shawarma, and when my meat world collapsed, it was hard to part with street food. But over time, everything changed. Finding a vegan bacon burger, which is actually soy steeped in spices, is no longer a problem, falafel has become an icon of street food, and hummus is an ideal substitute for the terrible garlic-mayonnaise sauce that is added everywhere on the street. Berlin doner with avocado or mango sauce can carry you into space quicker than dinner in a Michelin-starred restaurant.

Baked zucchini with bean-nut paste. My parents are quite conservative in food and eat the same way since childhood. However, they adhere to strict fasting for 40 days, and this is the happiest time for me, and the coolest is that for them too. My father, who laughed a long time ago that meat can be replaced by something, have a romance with tofu, and my mother bakes vegetables and makes amazing paste of beans and nuts in a blender that I am ready to eat every day!